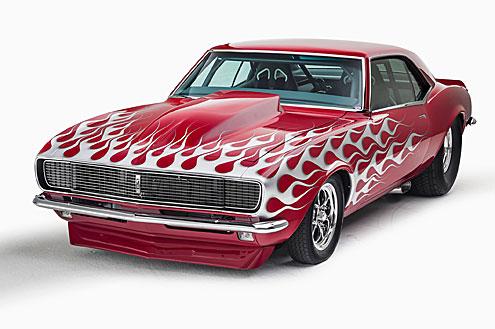 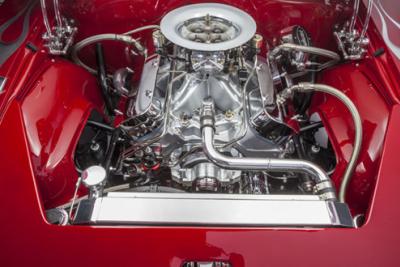 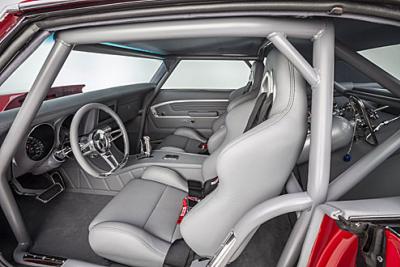 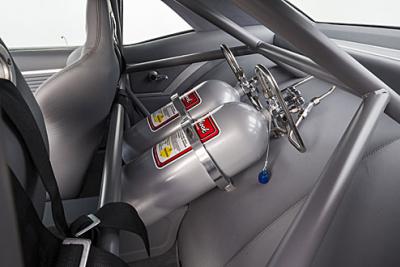 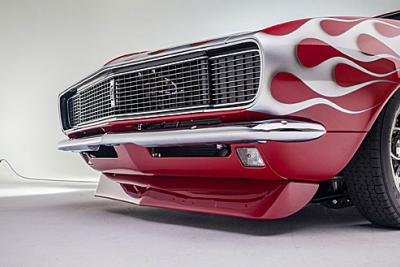 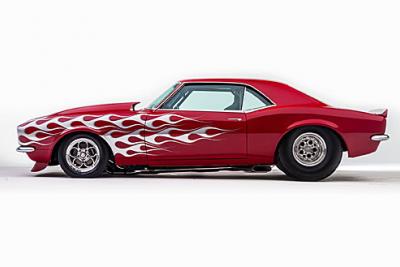 A Clear-Cut Case of "How Do You Like Me Now?"

There are a lot of things a guy can forget about as the years go by. His first girlfriend, the street he grew up on, or what he did at his first job, but when it comes to what his first car was that isn’t one of those things. Hardcore car guys like John Prentice of Aptos, California don’t forget about what their first car was, and in particular they don’t forget what they didn’t like about the car.

For John Prentice and the 1968 Camaro he bought as a 16 year-old high school student it was the car’s “underperforming inline 6 with a 3-speed manual transmission.” John said his six-banger ’68 Camaro looked fast with wide Rally wheels and factory spoiler, but when he fired it up his high school buddies said it sounded more like a Datsun 210 than a muscle car. John kept his ’68 Camaro for three years after high school and then regretfully sold it.

Now a racetrack owner and president of Prentice Motor Sports Group, in February 2012 John bought his second '68 Camaro, a car built by a father and son team from JE Pro Rodz of Massillon, Ohio. The first thing John addressed when he commissioned JE Pro Rodz to Pro Street his newly found Camaro, was to ship the ’68 to Steve Schmidt Racing Engines of Indianapolis, Indiana where they built and installed its current drivetrain.

The build centers on a big-block 565 over-square cubic inches with ported pistons. Up top a pair of aluminum heads with titanium retainers and a Holley Dominator intake manifold and a 2-stage shot of nitrous adding 400-horsepower.

To handle cooling for the high compression beast there is an aluminum electric water pump, a three-row radiator with electric fans.

The Camaro is steady staple at John’s Ocean Speedway where the big-block prefers Sunoco 110 octane race fuel. The 565-inch power plant turned 7,200rpm dynoed with 1017 horsepower at the crank. Torque output was 775 lbft at 5,600rpm, and it’s estimated a double shot of nitrous peaks the horsepower at over 1,400.

John’s earliest intention was to prepare his ’68 to compete for the title of America’s Fastest Street Car. Once completed the radical pro-street ’68 Camaro was shipped out to California.

John ran the ‘68 at the drags, and cruised it to the local car shows for a couple of years, but then decided he wanted the Camaro to look more like his first one. John got in touch with Gary at Gary’s Rods & Restorations in Watsonville, California, where the two agreed upon a paint scheme that would include flames like on a model of a Camaro one of his sons had in his room.

As car project plans often go a color change soon turned into reupholstering the interior and then ultimately blowing the ‘68 all the way down to the bare shell and taking the high-end approach from the ground up.

Gary’s Rods & Restorations stripped the Camaro to bare steel and metal. The hood received a smooth top scoop with a fade away center lip that starts at the front and ends with a smoothed windshield cowl. Gary shot the base color a custom mix red and then GR&R’s Emilio Belmonte laid out the flames in Orion Silver. The finishing touch was local Aptos pinstripper “Real” Ralph striped the flames.

We didn’t ask John if he was planning on attending a high school reunion anytime soon, but if he did and ran into anyone of his old buddies that said his ’68 Camaro sounded like a Datsun 210 there’s no question in our mind John would greet them with “How do you like my Camaro now”?

Find us on social media